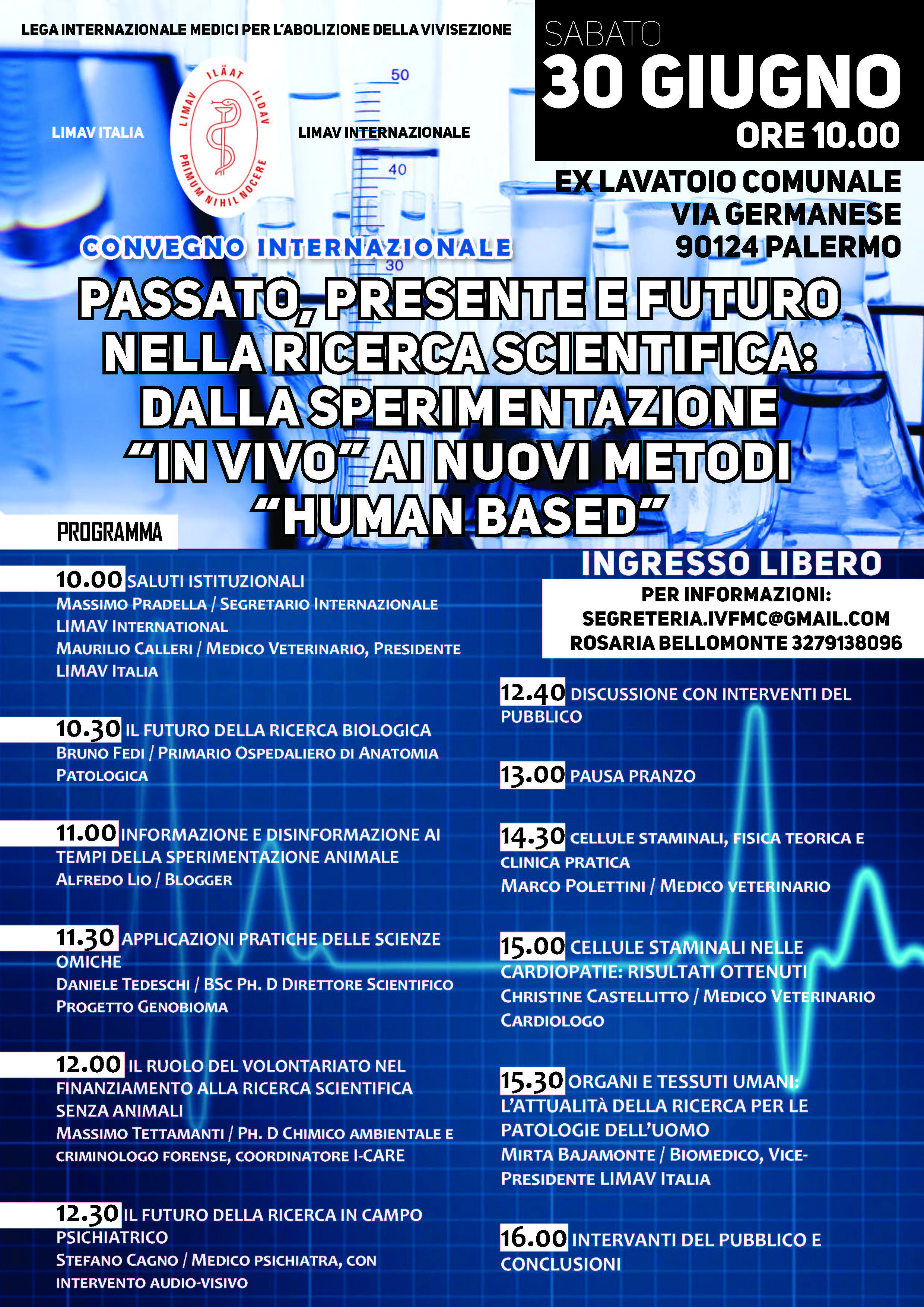 The European Parliament has voted by a vast majority to adopt a resolution calling for a global ban on animal testing for cosmetics products before 2023. At a plenary session in Brussels today, 620 members of parliament (MEPs) supported the move, 14 voted against and 18 abstained.

For the 30° anniversary of the Organization, LIMAV organized two conferences in Pavia and in Rome and a new congress will be organized within the end of the year in Palermo, in order to promote alternative methods to animal experimentation.

We have many plans for achieving our goals and promote and develop research with alternative methods that replace the use of animals for a better scientific advancement, and we need your help to realize them.

Join International Doctors of LIMA is completely free, but any donation or contribution can help us achieve the goals we have set ourselves.

Metabolic disorders due to over-nutrition are a major global health problem, often associated with obesity and related morbidities. Obesity is peculiar to humans, as it is associated with lifestyle and diet, and so difficult to reproduce in animal models. Here we describe a model of human central adiposity based on a 3-tissue system consisting of a series of interconnected fluidic modules.

Referring to the cloning of the two monkeys (exactly macaques) by two Chinese criminals, who cannot be called “scientists” because this is nothing else that a crime against science, LIMAV Association of Italy (International Medical League for the Abolition of Vivisection) wants to express its scientific opinion.

The presentation of Prof. Fedi at the Conference held at Palazzo Montecitorio for the 30 anniversary of LIMAV – Analysis and proposals for alternative methods of scientific research specific-species:

In all these years, since Limav has been set up, research has made giant strides.
The man-nature relationship did not fit.

See the Gallery and read the Article.

See the Gallery and read the Article.